A Win for Wine

Thanks for the Memory to Ace of Spades.

WASHINGTON May 16, 2005 — Wine lovers may buy directly from out-of-state vineyards, the Supreme Court ruled Monday, striking down laws banning a practice that has flourished because of the Internet and growing popularity of winery tours.

This is a Supreme Court case I've been watching for some time, and the ruling is a big win for Oregon's wine industry. While Oregon does not produce as much wine as California or a couple of other states, our wineries produce some very high quality wines. Unfortunately, many states require that out of state wineries sell only to in-state wine distributors. Because many of our wineries are small operations, they often don't have the volume or market clout to even appear on a distributor's radar.

The arguments in this case were the states' constitutional right to regulate alchohol production vs. the rights of Interstate Commerce. Commerce won, and so did many of the small Oregon wineries.

And so did you, if you like good, reasonably priced wines.

Despite his usual impeccible taste and class, The Maximum Leader misses the boat by expressing plans to order wine that exlude Oregon wineries.

May I humbly suggest that our esteemed erzats emperor, and all other regarded readers consider the following excellent Oregon Wineries:

Abacella Vineyards -- They pride themselves on their Spanish-style Tempranillo, but I prefer their excellent Cabernet Franc.

King Estate Winery -- Producing good wine at a reasonable price, they also have one of the prettiest wineries in the state (and that's saying something)!
Posted by B.B. at 5/16/2005 10:30:00 AM No comments:

In response to all those who requested more pictures of The Lad:

Unfortunately, I have effectively rendered us sans digital imaging technology. However, the last time we had a couple of rolls developed, we ordered CD's too. So, without further ado,

The World's Most Beautiful Baby: 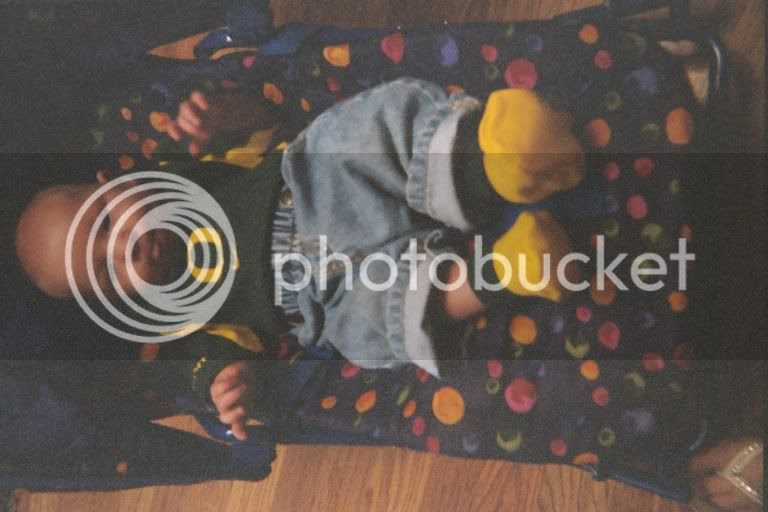 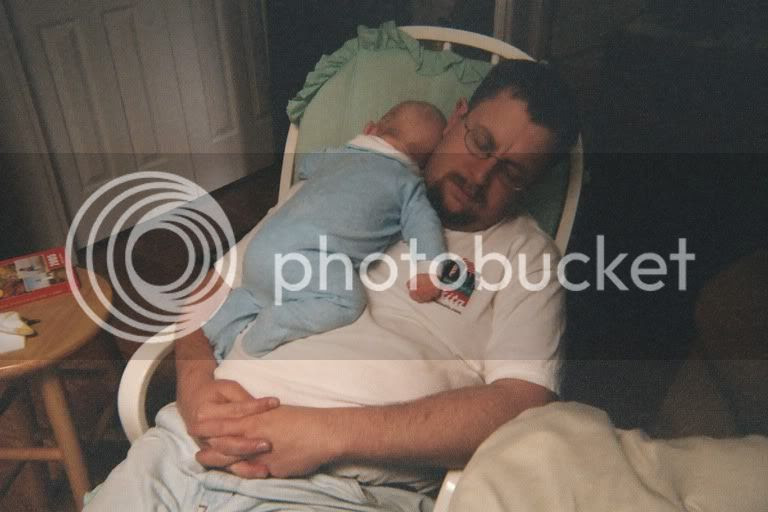 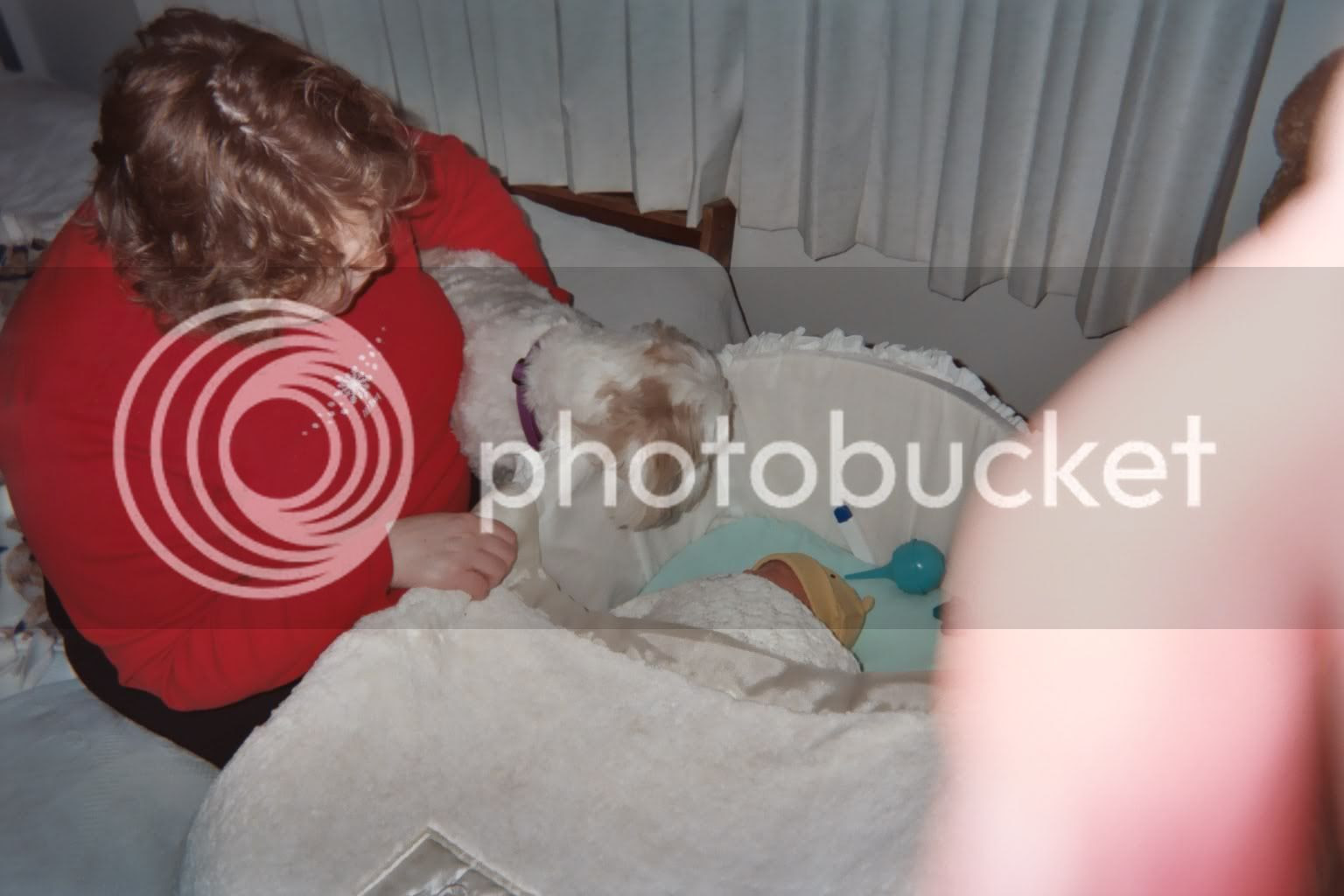 Little Big Dog takes an early interest in The Lad (This photo was... umm... Digitally Cropped). 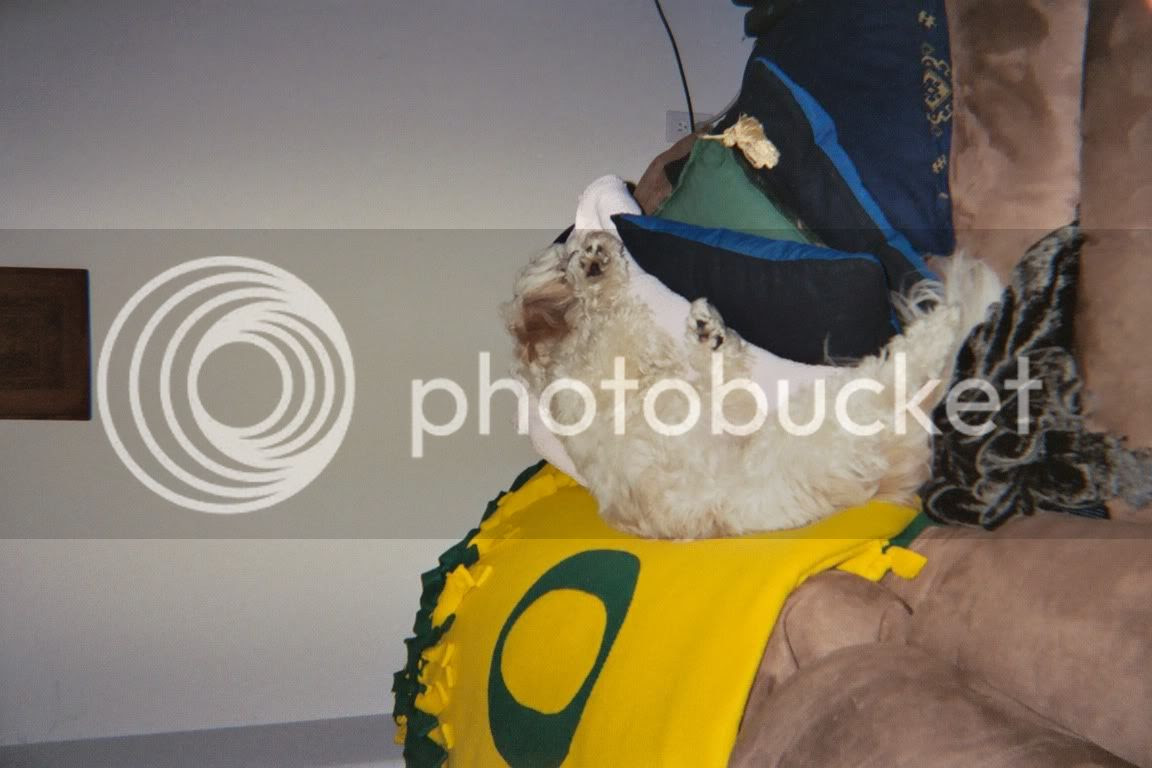 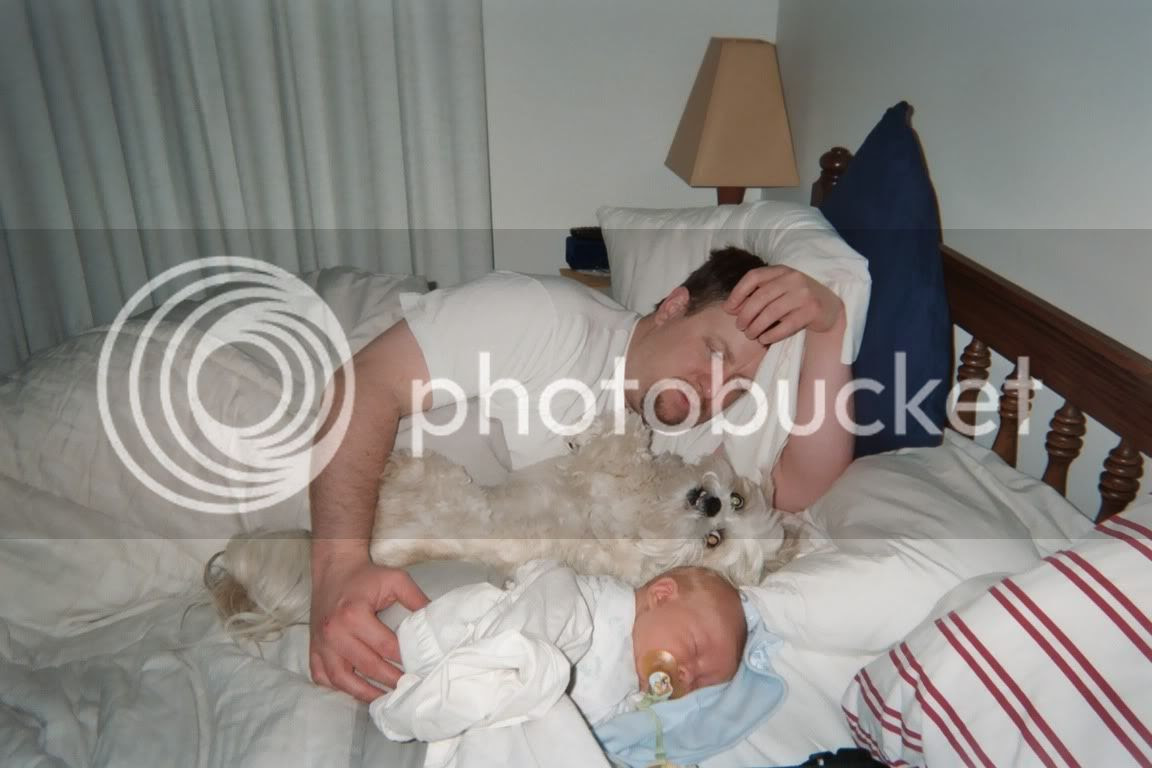 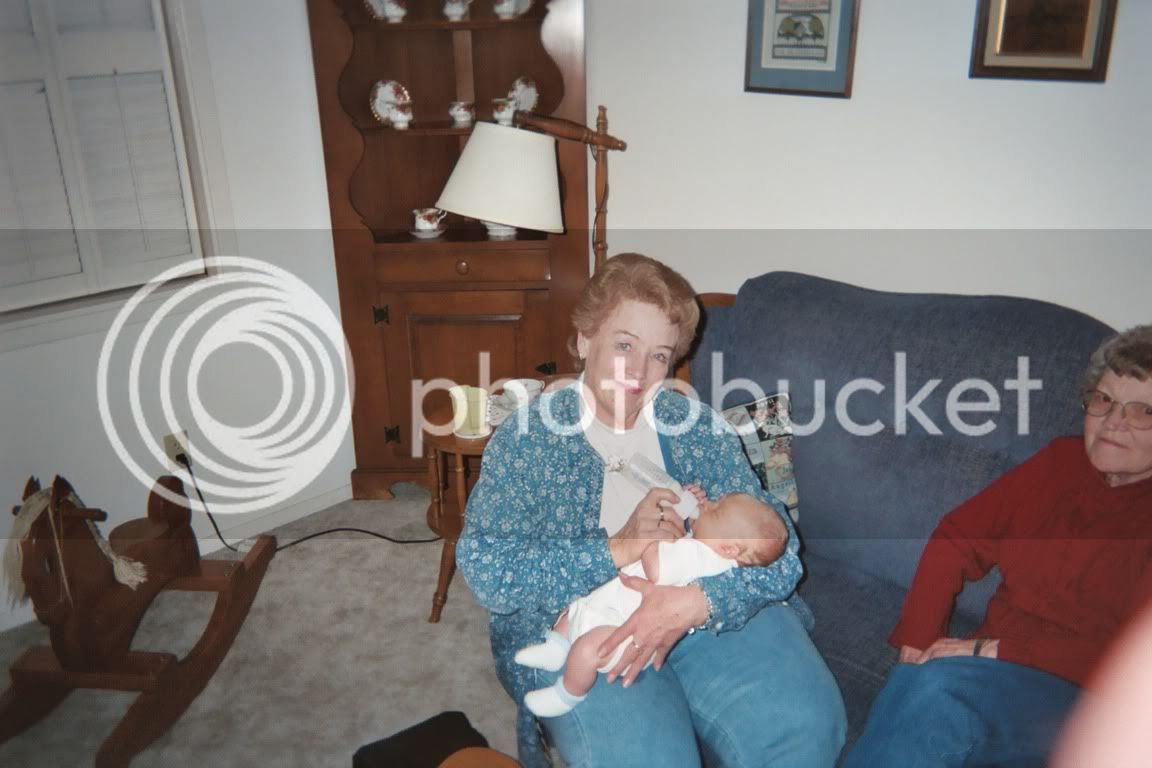 The Lad and his paternal grandmother 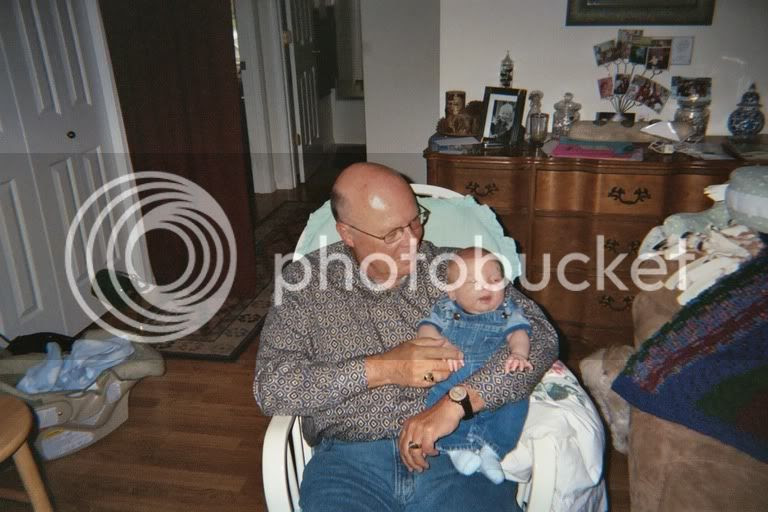 ...and his maternal grandfather 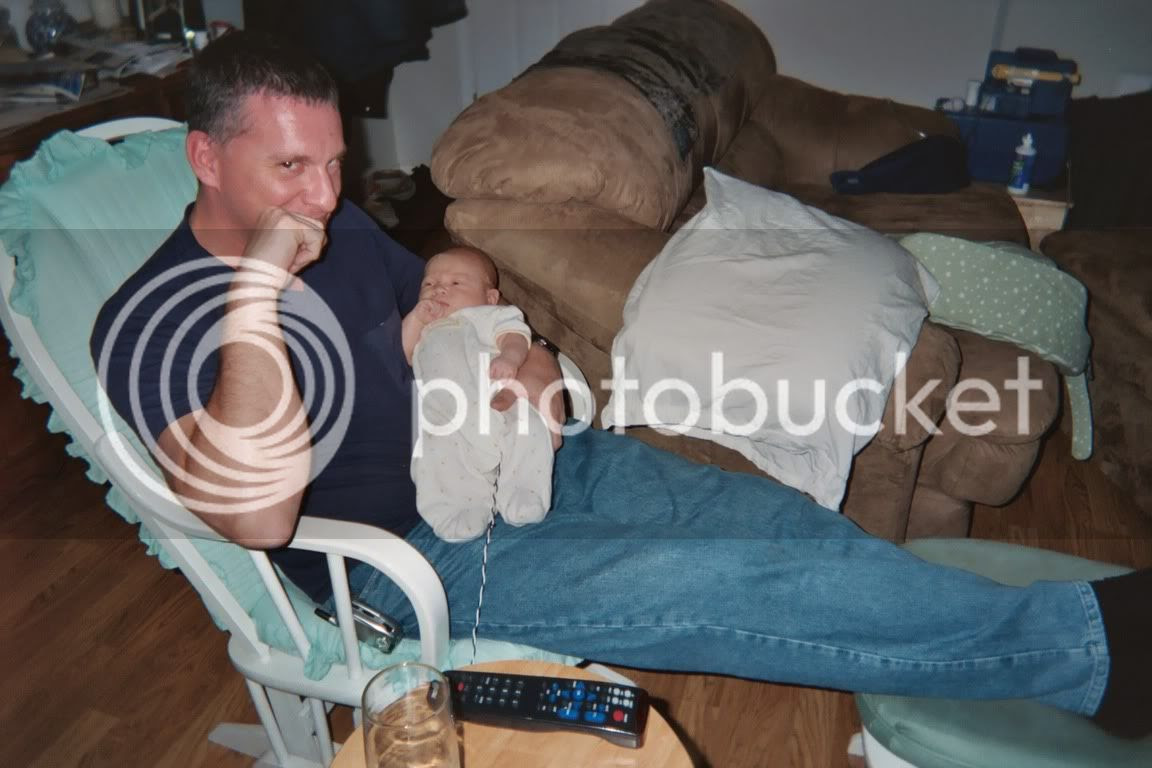