Did You Get That Memo? 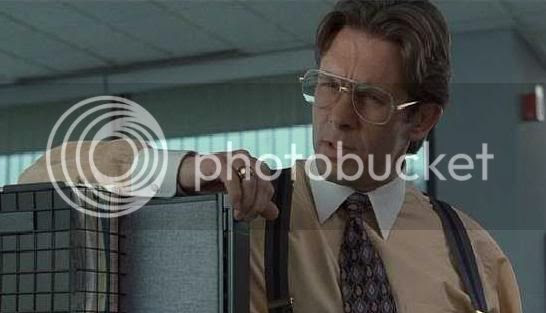 Apparently, not.
I received an e-mail today from a (still bitter, apparently) Sooners fan. I thought I'd share, and respond here:

just found your blog looks good. the reason to
email i wanted to know ifthat phony call against the sooners was worth it seeing
how your seasonended up. at least i hope your a honest duck fan not many of them
you willagree the sooners got screwed. hell the repaly offical quit because he
newthey blew it. keep up the good writing and by the way
BOOMERSOONERS!!!!!!!!!!!

Well, J, thanks for the compliment. Yeah, we had a bit of a let-down in the latter stages of our season, didn't we? I saw it coming, I'm afraid, during the Cal game. As for whether that "Phony" call was worth it, well, since I don't believe in karma, and thus don't believe there's any causal realtionship between the UO-OU game and the rest of our season, It's rather a moot point, isn't it? But if gloating over the Would I prefer we had beaten the Sooners without the controversy? Sure. But that's the way the ball bounces. Teams have lost games due to blown calls by officials forever. What do you propose -- that every bad call ever be reversed retroactively?
As for intentionally insulting all Oregon fans by questioning our "honesty": well, if that's what passes for sportsmanship in Soonerland, I'm afraid you don't have much moral standing to complain about a blown call. Besides, people who root for a team whose nickname historically was synonymous with cheating (at the land grants), really shouldn't throw stones. Glass houses are pricey these days. And, while we're on the subject of being honest, do you expect me to believe that if the situation had been reversed, and Oregon had lost the game on a blown call, the Sooners and their fans would be any more inclined to surrender the victory? Yeah, right.
Do I think Oklahoma got screwed? Absolutely. Do I feel bad that the outcome of the game is tainted by that? Sure. Do I think the Ducks themselves intentionally did the screwing? No -- they played to the best of their ability, they played clean, it was a lousy officiating crew that screwed you guys. Do I think the Ducks should have the voctory stripped from them because of htis? No. If they had intentionally cheated to get the win, yes. But again, these things happen, and the best we can do is to fix what breaks so it doesn't happen again. And finally, do I think you're a crybaby poor sport with no life for feeling the need to email me about this months after my last post on the topic, let alone the game?
Oh, Hell yes.
Posted by B.B. at 11/28/2006 05:19:00 PM No comments:

Musical Geography Question of the Day

In what city is there gonna be a certain party at the station?