I went looking and found a quiz:

You are Book, the Shepherd. Your mission is to
bring the Good Word out to the heathens and to
act as a spiritual guide. Your faith can
withstand any logical assault and your hair can
scare even the most hardened soldier.


Which Firefly character are you?
brought to you by Quizilla

One More Reason to Appreciate Marrying a Redhead

Michael, There's a Meme Up Ahead!

Thanks for the Memory to the LlamaButchers (Baywatch, huh? Posers).

Today's cliche is "They grow up too fast!"

Well, yeah, they do. Two weeks from tomorrow will be The Lad's first birthday. And already there's a part of me that misses how tiny, how new he was, how sweetly he lay in my arms. What I DON'T miss is the lack of sleep, and the constant worry that comes with caring for a preemie. And while he's gone from a cuddly bundle to an active, stubborn, wiggly 1-year-old, he's a fun, bright, loving, sweet 1-year-old. I've started calling him my little M-109, because he's now self-propelled and he's definitely an area effect weapon. He has a vocabulary of 3 words (hi, dada, and baba). He's eating solid foods, and likes the flavor of barbecue (that's my boy!). At Christmas time, we had to buy him his first sippy cup.

When he first becam mobile, we weren't sure how he was doing it, because it went on for some time before we actually witnessed it happen -- we were only able to observe the end result. We'd put him in the middle of the Turkish carpet, turn away, and when we'd look back, he'd be at its edge. I suspected tectonic/seismic activity or some sort of wind or other meterological phenomenon, The Feared Redhead was advocating an aliens/levitation theory. Eventually we realized he was scooting. The scoot has evolved into a sort of semi-scoot/semi-crawl, where he puts one leg in front of himself and one behind, with the one behind being in a typical crawl stance (knee to the floor, sole facing backwards), and then uses that leg and his hands to pull himself along.

But now the fact that he's developing so quickly has caused us some concern (beyond the obvious realization that our living space must be rearranged with logistics, not esthetics, in mind). We've seen him begin to make the first halting moves towards standing -- he is able to push up with his hands and get his knees off the floor. But he hasn't actually started crawling yet. And we've read studies that indicate that babies who skip the crawling stage have developmental issues later on -- crawling is supposed to develop all sorts of motor skills. So I'd like to see him crawling soon.

But aside from that, he is the most beautiful little boy I've ever seen. See? 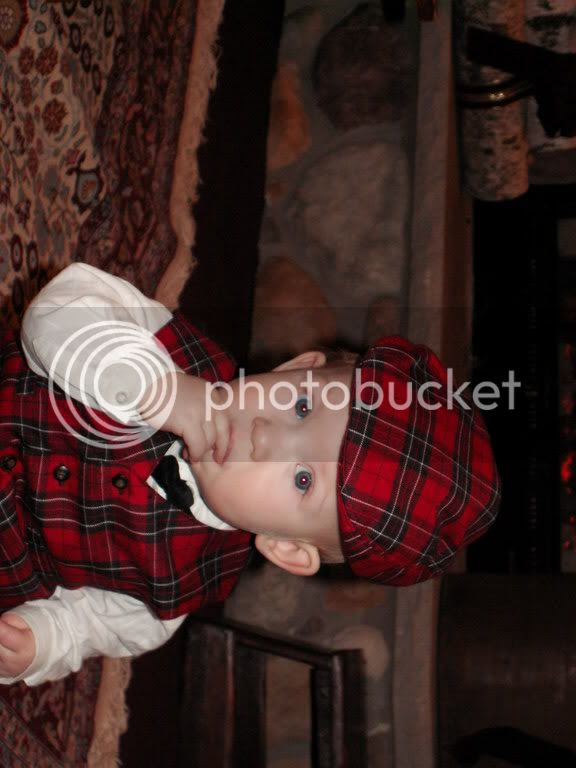 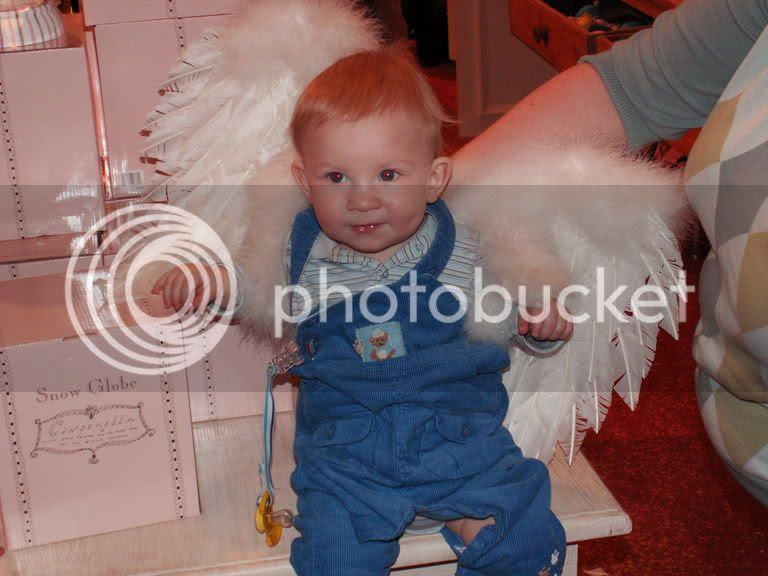 He's a little shy, but once he warms up, he's a flirt, and he's already differentiating between the sexes and devoting his attention to the ladies. He's also amazingly strong, and has on one occasion (unintentionally) made daddy bleed (apparently babies are excellent head-butters). I'm already trying to teach him more words, words that will serve him (and me) well later on: Free Agency, First Round Pick, Signing Bonus....

Ultimately, as much as I miss the newborn stage, I'm having the time of my life getting to know him, seeing his personality develop, interacting with him as a tiny little human being.

Guess what arrived in the mail from Amazon yesterday? 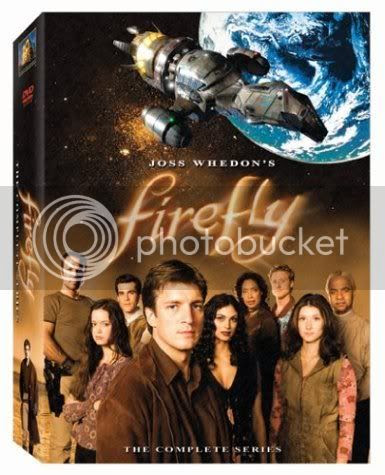 I've finally got my DVD's, you can't take the sky from me.

UPDATE:
Thanks for the Memory to The LlamaButchers.