Final Thoughts Before I Stop Blogging for the Weekend 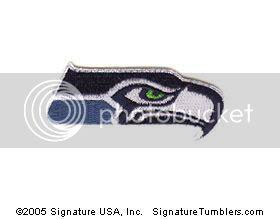 A while back I was a regular reader and commenter at a blog run by a politically conservative resident of Portland who was originally from Poland. He liked to blog on photography and wineries as wellas politics. If he's still out there, and he or someone who knows him is reading this, can you leave me a note reminding me of his name and blog URL?

Thanks for the Memory to Dave in Texas over at Ace of Spades Headquarters.

As a guest blogger filling on for Ace while he's moving, Dave posted a tongue-in-cheek "Fun Facts about Texas". So I decided to do the same here about Oregon.

But I'm going to do it a little differently. First, I'm going to reprint a few REAL facts about Oregon, gleaned from different sources. Then I'll share a few "Fake but Accurate" fun facts that Oregonians like to use to tease themselves.

* Sea Lion Cave, north of Florence, Oregon, is the largest sea cave in the world.
* Oregon was the destination of the largest land migration in history, the Oregon Trail.
* Oregon has no sales, Restaurant, or liquor tax.
* Crater Lake, Oregon is the deepest lake in America, it is 1949 feet deep at its deepest point.
* Oregon is reported to have more ghost towns than any other state in the Union.
* It is illegal to pump your own gas in Oregon.
* The Oregon Dunes are the largest coastal sand dunes in North America.
* Hells Canyon, along the Oregon/Idaho border, is the deepest canyon in America at 8,000 feet.
* Astoria, Oregon is the oldest permanent White settlement west of the Rockies.
* The World's tallest barber shop pole is in Forest Grove, Oregon.
* Heceta Head Lighthouse, north of Florence, is the nation's most photographed lighthouse.
* The D River in Lincoln City, Oregon, is the shortest river in the world (42 feet).
* The Oregon state flag is the only state flag to carry two designs -- the state seal on one side, and an image of the state animal (the Beaver) on the other.

* Oregonians don't tan -- they rust.
* *The State flower is mold.
*Everything is green in Oregon -- even the rocks (actually, this one I don't make up. Moss grows EVERYWHERE here).
* Oregon actually does have a summer. It is a beautiful time of year, sunny and warm. Last year it was on a Thursday.
* In 2005, 23 people fell off their bicycles in Oregon. and drowned.
* Oregonians of all political stripes hold to the following beliefs:

* Anything with less that 5% alcohol by volume is not beer.
*Oregonians do not recognize the "North/South" distinction. Anywhere that you can watch the sun SET while facing the Rocky Mountains is BACK EAST.
*Oregonians support the construction of a fence and the posting of armed troops at the border. The OREGON/CALIFORNIA border, that is.
*It's not rain, it's liquid sunshine.
*If it doesn't have snow on top in July, it's not a mountain.
* If you don't have to lean back to see its top, it's not a tree.
* If it doesn't produce enough standing water to float a canoe, It's not rain.