Thanks to everyone who's keeping me in their prayers. Do far, so good -- two interviews down, one to go. Both went well, I think they liked me. The first place definitely is a more attractive option, for reasons I'll get into once I've heard from them.

Only one thing has me a bit nervous: at the first place, the chef wants me to come back next Thursday and cook for him, and it will be Black Box, which means I'll show up, he'll have ingredients ready for me, and away I go. I've never done that in this kind of setting before -- sure, I've done it in school, I've done it ON the job, and I've worked a stage before, but I've never had to cook black box to GET a job before. It has me a bit nervous and intimidated, which is not a good start, since self-confidence is obviously one of the qualities he'll be watching for.

I really, really, really want this job. It starts out part time, but offers chances not only for full time hours but advancement and growth. I've become a bit pragmatic about the career futures available in this industry, and this job represents one of the few avenues with real advancement potential, especially for someone starting this late in life.
Posted by B.B. at 4/29/2009 10:13:00 PM No comments:

As you may or may not know (I can't remember if I've mentioned it on this blog), my current job is with a private contractor providing food service for a private university. I'm not directly employed by the school. One of the ramifications of this is that I get laid off in the spring -- my last day is May 8th -- and, hopefully, rehired in the fall -- ostensibly some time in late August.

What to do in the meantime?

Well, this week I have 3 job interviews -- two on Wednesday, one on Thursday. Two are with restaurants, one is food service for a local corproration. Any one of them woulf pay well, and might even tempt me away from the school come fall. Regardless, they all represent a paycheck.

Two Tips of the Toque to the Llama Butchers.

The first is for a link to this editorial in the Wall Street Journal in response to the declassification by the Obama administration of memos regarding CIA "torture". The gist of the editorial is pretty obvious to anyone who's ever played sports, let alone those in the military and intelligence communities: Never reveal your playbook to your opponent. Of course, throughout the Past 8 years, we've grown used to the "playbook" being revealed by the press, but now, it's the administration itself telegraphing our punch.

The second tip is for the LB's posting Former VP Cheney's response. Cheney asserts that the current administration has been overly selective and less than forthright in their declassification process -- revealing the methods employed by the CIA in specific cases, but not the follow-up memos that show the end results and effectiveness of those efforts.

A Tip of the Toque to the Llama Butchers:
According to Paul Begala, this isn't Tax Day, it's "Patriotism Day".
Lovely bit of hypocrisy, this. During the Bush administration, leftists made sure we knew we weren't allowed to question their patriotism for opposing the President on any number of issues. But the minute one of their own is in the White House, they are more than willing to question the patriotism of anyone who thinks our tax burden is exorbitent.
My response is to remind Comrade Begala and his fellow socialists of their favorite slogan as recently as a year ago:
Dissent is the highest form of Patriotism.
Posted by B.B. at 4/15/2009 11:28:00 PM No comments:

U.S. Navy rescues captain held by pirates
Three of the Somali captors killed, one in custody after swift operation
Well done, Navy. Let's hope this is an indication that the administration is learning. I'm not super optimistic, but it's a good first baby step.
Posted by B.B. at 4/12/2009 11:38:00 AM No comments:

What Happened to the Yardarm?

Unbelievable. The greatest superpower on Earth is being held at bay by four Jack Sparrow Wannabes in a dead-in-the-water lifeboat. I'm sure that's improving our image with the rest of the world.

From the Yahoo! news article:

The U.S. brought in FBI hostage negotiators to work with the military in
trying to secure the release of Capt. Richard Phillips of Underhill, Vt. An
official said the bandits were in talks with the Navy about resolving the
standoff peacefully.

How about, "Let him go and we let you live -- THIS time". Even that's a bit generous in my book, but for the sake of the captain's life, it may be necessary. But just like Terrorists, You don't negotiate with pirates -- ESPECIALLY not from a position of weakness. This isn't new territory -- our first foreign war was against African pirates associated with militant Islam.

Gen. David Petraeus, head of the U.S. Central Command, said more ships
would be sent to the area because "we want to ensure that we have all the
capability that might be needed over the course of the coming days." U.S.
officials said the guided-missile frigate USS Haliburton was among the ships en
route.

The additional ships will serve as a show of force following an
increase in the number of attacks and the first one on a U.S.-flagged ship. The
vessels would give the U.S. military more eyes on the threatened area and make
the pirates think twice before trying to seize another ship, but it was not
enough to mount a blockade, according to a senior U.S. defense official who
spoke on condition of anonymity because he was not authorized to discuss
operational matters.

We don't need more EYES on the threatened area, we need more FISTS. The pirates aren't going to think twice about JACK just because they know we're watching -- they'll only think twice if we make it demonstrably and patently clear that we're watching, and ready and willing to lower the boom on them if they act up.

"These people are nothing more than criminals and we are bringing to bear a
number of our assets, including naval and FBI, in order to resolve the hostage
situation and bring the pirates to justice," said Secretary of State Hillary
Rodham Clinton.

Nothing more? They're something far LESS than criminals, Madame Secretary. While historically captured pirates were given criminal trials, they often never made it to trial due to being sunk at sea, and they were often treated the same as spies and non-uniformed combatants in wartime: summary execution was often the norm.

I'm not necessarily advocating summary execution, but I also believe that while pirates are under arms, they are not merely civilian criminals -- they are enemy combatants, and the appropriate response to their violent force is superior violent force.

Sink them. destroy their vessels, shoot them dead, bomb their docks. Follow Jefferson and Decaturs example -- make vigorous, enthusiastic war on them. Make them understand that the end of piracy is death, and that the only hope of survival lies in lowering their flag, laying down their arms, or better yet, never take them up in the first place.

An American
skipper held hostage by pirates tried to swim to freedom Friday but was
recaptured seconds later when the bandits opened fire within view of a U.S.
destroyer.

According to the article:

No swimmers or divers -- but what about GUNNERS? Why the HELL didn't they have small arms trained on these guys so that the instant he was in the water, they were taken under fire? *sigh*
Posted by B.B. at 4/09/2009 09:50:00 PM No comments: 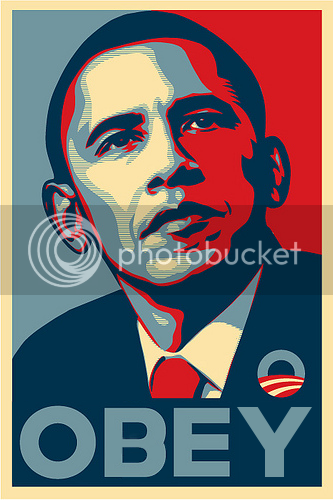 Smoke 'Em if You Got 'Em

This last weekend was glorious here -- weather in the 50's Saturday, 60's on Sunday, and pushing 70 on Monday. We spent Sunday picnicing, going for a drive in the country, and grilling bison burgers. It felt more like June than April.

I also managed to get the grill and smoker cleaned up and ready to go for the coming summer, and I'm kicking things off THIS Saturday (regardless of the weather) with a rack of spare ribs. I'm thinking I'm going to smoke them dry the first half of the day, just to get plenty of smoke on them, but I'm definitely finishing them wet -- I love sticky, sweet-hot wet ribs with layers and layers of cooked-on sauce. in fact, I prefer a thicker sauce with ribs than with either brisket OR pulled pork (in fact, I like my pulled pork sauce to be very Carolina-inspired). Of course I'll be continuing my practice of making the sauce from scratch, and giving them an Oregon twist -- the sweet base will be blackberry jam (strained to remove the seeds, of course) from blackberries picked in my own back yard. And I'm making a batch of my Killer BBBBBBBeeans (That's Blackberry, Bourbon, Beer, & Bacon Barbecue Baked Beans). Sunday we're out to my aunt and uncle's place in Veneta for Easter dinner.
Posted by B.B. at 4/08/2009 10:03:00 AM No comments:

OK, so I just posted one. That was Sunday (barely). It's now Monday (by 14 minutes). A Tip of the Toque to the Ace of Spades Open Blog:

"If the pen is mightier than the sword, then criminalizing words is a way of disarming potential opposition..."

Neil Cavuto is All Out of Bubblegum.

A Tip of the Toque to Aitch.

If you think that the government is our savior and the Nanny State is Utopia, you might find this video a bit unpleasant.

If, howver, you agree with Ronald Reagan that "The nine most terrifying words in the English language are, 'I'm from the government and I'm here to help'", you'll share with Neil Cavuto in his anger as he hands congressman Alan Grayson (S - Florida) his socialist head.

The current government -- both the executive AND the legislative branches -- want us to sign away our rights to them, and the only reassurance and justification they offer is "Trust us -- it's for your own good". No thanks, I've seen from history where that path leads, and if my country is to go down it, by God, it won't be without a fight from some of us.
Posted by B.B. at 4/05/2009 11:50:00 PM No comments:

Everything Old is New Again

I've decided to go back to my old blog name, for several reasons. First of all, it matches the URL. Second of all, it reminds me, and the occasional reader, of somthing we all need to remember. Thirdly, I'm hoping the change will jar me out of my blogging doldrums and get the expressive juices flowing again. Finally, I just plain like it, always have, and miss it.

I'll still go by A Boy Named Sous as my Nom De Pixels, but the blog is, once again, Memento Moron.

I'm not usually a big fan of bumper stickerisms -- liberal OR conservative -- because they tend towards strawmen and false dilemmas, two fallacies that irk me probably more than any others. But today I saw a bumper sticker ona very nice Ford F-250 in Eugene that I believe actually hits the nail on the head. It's today's quote of the day: