Thanks for the Memory to Vulture Six.

Roth: Return to Van Halen 'an inevitability'
'It's not rocket surgery,' says singer

The Searchers All Say

I was pleased (but not surprised) at the number of people who got my Edmund Fitzgerald musical geography question right. Professor David, while late to the party, gave the most detailed answer. That didn't surprise me either, since like me, he and Lurch (my to best friends from college) have been fascinated with the story of "the Pride of the American Side". For me, it started the first time I heard Lightfoot's song. When TFR and I honeymooned in Northern Wisconsin, we stopped in Duluth, MN, and visited the Lake Superior Marine Museum, which has an excellent display on the Edmund Fitzgerald, including a model of the wreck on the bottom of Superior, as well as a model of her as she was before the wreck.

For them, it was part of where they grew up -- in Michigan on the shores of the Great Lakes.

When I decided to do a Musical Geography question on that song, I originally intended to ask the question, "To where would 'She' have made it if she's put 15 more miles behind her?" The answer, of course, is Whitefish Bay.

That line in the song is, to my mind, one of the most haunting. And it's a significant commentary on storm-related shipwrecks in the Great Lakes, especially Superior, which tend to happen at a greater rate than even the open ocean. In a recent documentary I watched on that subject in general (not just on the Edmund Fitzgerald), it was mentioned that a significant factor in this is the relatively short distances from one end of Superior to the other. On the open ocean, with enough advanced warning, a ship can outrun an advancing storm, putting enough distance between themselves and the weather to go around or make a safe port. In the Great Lakes, you run out of real estate very quickly and have to turn north or south to make safe harbor, and that's when the storms get you. In addition, the relativer dhallow depths in the Great Lakes (as compared ot the open ocean) increase the danger for ships, especially when they cause the storm swell to break.

David called me last night and recommended a newer book about her, Mighty Fitz by Michael Schumacher. Thanks, Chancellor, I'll check that out.
Posted by B.B. at 5/26/2006 08:56:00 AM No comments:

This post was originally written on May 30, 2005, just before last Memorial Day. I have decided to bring it up to today, because I really can't add anything to it.

(Posted early, since I won't be near a computer on Monday)

I have memories from my childhood and even my early adulthood of my parents and grandparents going to cemetaries around San Diego every Memorial Day to place flowers on the graves of relatives who had served in the military. I always thought it was a nice sentiment, but felt no urge to participate.

Now my own father and grandfather lie in such graves, and I, far from those cemetaries, wish I could be there this weekend to follow my family's lead. I wish I could, in person, honor the memory of these men who so nobly served their countries. So I will have to settle for honoring them here, in my Blog.

It is customary on this holiday to remember the way in which our honored dead died heroically for their country. And certainly that is a righteous custom. but while neither my father nor my grandfather died heroic deaths, they did live heroic lives. And that, in my estimation, merits honor.

My grandfather was the quintessential Man's man: a rugged, handsome chap who in his lifetime worked as a farmer, a ranch foreman, a Navy machinist's mate, and a pioneer in the field of harvesting salt from the sea. He lived an outdoor life, and adored fishing and hunting. I remember the time he visited us in Southern Idaho. He wanted to try his hand at Idaho's trout, and was disdainful of our proposal that we fish the local irrigation canals. Disdainful, that is, until he saw the size of the lunkers lounging right beneath the surface. I'd never before seen my usually stoic grandfather so excited.

He served in the Pacific in World War Two, and when his ship went alongside to help another that had been struck by a kamikaze, he went over the side and into a burning compartment to rescue other men.

I loved to go for drives with him to the Salt Works at the south end of San Diego Bay where he, like his father before him, was the superintendant. He would take me for rides on the "dinky", the narrow gauge railway used to transport harvested salt. He smoked cheap cigars, and had the slyest wink in the world.

His final days were filled with pain from the cancer and old age that finally took him. But he never ceased to be dignified and courageous. I wasn't there when he passed, but I did have a chance to tell him several years ago that I planned to name my first son in his honor.

My father was a different kind of man, but all the same he was the best man I've ever known in his life. His childhood was full of tragedy and heartache. His mother died of gangrene when he was 5, and childhood polio guaranteed that he would forever be small and beset by medical issues. But he made up for his physical stature with a giant personality. He aggressively attacked life with a suprirsing vigor his whole life. As a teenager, he worked on a cattle ranch in northeastern Oregon, and rode bulls on the side. He attended Bible College, and then joined the Navy, graduating at the top of his class in basic training and in advanced school, and served as a sonarman on the destroyer USS Bausell, DD-845. he played all sorts of sports, both in school and the Navy. The stories he told of his days in the Navy were always fascinating and often highly amusing. After leaving the Navy he and his new bride moved back to his beloved Oregon. It was there that they had me and my sister. It was there that he began and eventually ended his career as a pastor. He served in churches in multiple towns in Oregon, as well as one in Idaho. In all those towns, he made sure he was more than a passtor, he was a friend and a citizen. He served on volunteer fire departments, risking his life on several occasions and prompting a huge, shaggy Idaho farmer and atheist fellow VFD member to comment, "Preacher, you're one hell of a man!" Indeed.

He was more demonstrative of his emotions than my grandfather, and I grew up being hugged, told I was loved, and supported. I loved leaving the house early on a Saturday morning to go fishing with him, stopping at a convenience store on the way for a pop and a candy bar. He was active in our schools, announcing games, serving as a crossing guard, teaching little league softball, chaperoning events. I remember seeing the inside of his coat jacket, patched together with different colors of thread, as he went without new clothes so my sister and I didn't have to. I understood that my father loved me very much, but it wasn't until four months ago, when my own son was born, that I understood just how much.

My father taught me to fish. He taught me to hunt. He taught me to drive and to throw a ball and ride a bike. But he also taught me to care for people, to be good to others, and to love God. I know my own shortcomings and the ways in which I'm not as good a man as my father was, but he instilled in me enough of himself that I can hold my head up.

This is my Memorial, this is their Day. 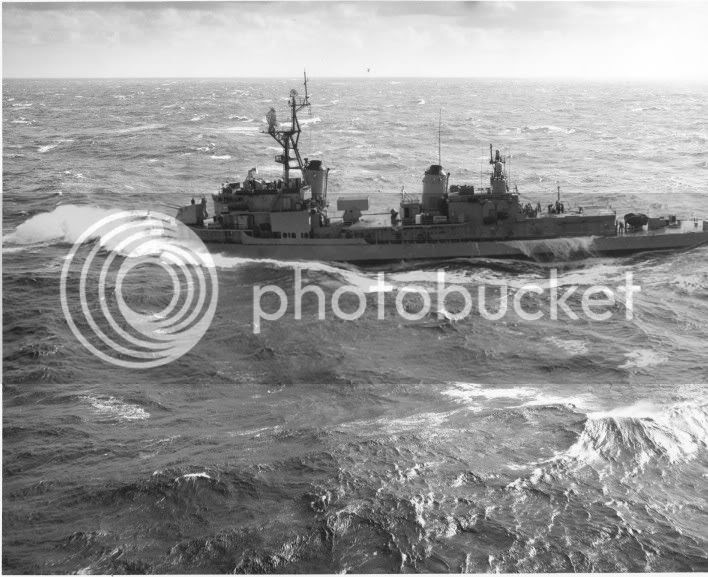 A Message from Mexico to the United States: