A few pictures of Miko:

This one was taken when The Lad was The Wee Bairn: 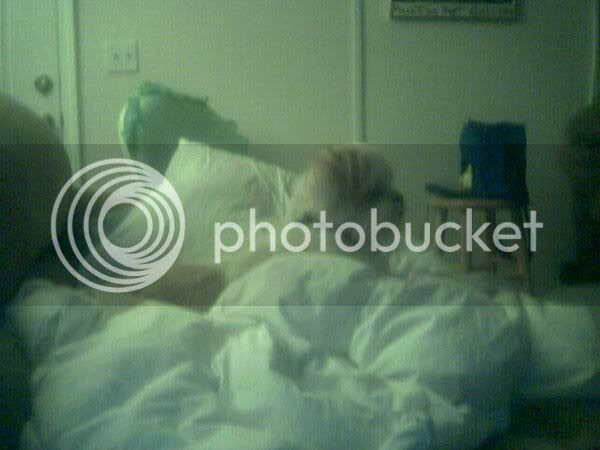 This one more recently: 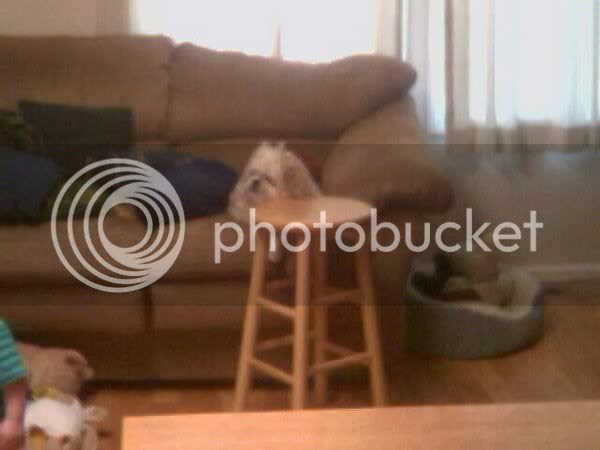 And this past December, her last snow: 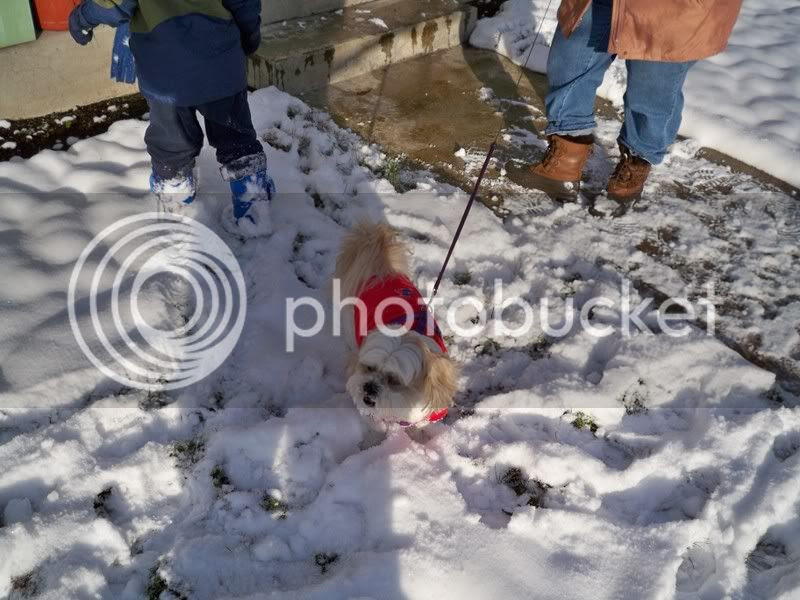 "Like one who takes off a garment on a cold day, or like vinegar on soda, Is he who sings songs to a troubled heart."

Sorry to continue on a down note, but the posts on my dad and LBD have me reflecting on something -- particularly the nature of mourning, especially for a Christian. It started following the death of my father -- I remember feeling guilty about being so sad, especially since, as a believer, I was (and remain) sure that my father's spirit lives on. in a different way, but with the same assumption of comfort, I've been reminded today (by a well-meaning vet tech) that Miko's suffering is over and she is no longer feeling anything.

But in both cases, the point is missed. I no longer feel sorry for her, and never did for my father. I felt, and feel, sorry for myself. I mourn their loss not in the sense of them having lost their lives, but in the sense of me losing them.

When my father passed, similarly well-meaning people told me, "at least you know where he is". And I remember thinking, "yes, and I also know where he isn't. He isn't here".

Life goes on -- some of us believe it even goes on for those who have left this world, and we carry with us the hope of seeing them again. But in the meantime, we have to muddle through this world without them.

"Every pet is a little tragedy waiting to happen"

We lost Little Big Dog today. She was just a few months short of being 7 years old. She developed a serious case of AIHA (also called IMHA), an autoimmune disease in which her body's immune system attacked her own red blood cells. She wasn't getting oxygen to her body, and the waste wasn't flushing out. The vet told us her chances of surviving were very slim, and she was suffering, so we decided to have her put down.

I remember the day we got her. We had just recently moved into an apartment after months struggling to get on our feet following our move back to Oregon. We'd talked about a dog for years, but our income and living situation had not allowed it. We were for the first time in almost 2 years both gainfully employed, and living in a place that allowed pets. It was tax season, and we had a modest refund coming. TFR began searching the paper for ads, and one day she called me at work. A family living in Elmira had a litter of Lhasa Apso puppies, and was only asking $250 for them. She was headed over there to look, and would call me back. She did, informing me that she had found a pup she liked, and wanted to pick me up after work and take me out there to see it. On our way out, I made it clear that we would LOOK at the dog, but that we would not buy until we had discussed it.

Well, that didn't last long. We got to the farmhouse, and the woman put this tiny puppy in my hands. I took one look at the dog, one at my wife, one more at the dog, and got out my check book.

Her breed wasn't supposed to like kids, but she was potty trained while living in an apartment complex, and every time we took her out, the kids would gather round, and she adored kids her whole life. In fact, she got along with just about everyone, except select other dogs -- especially Onyx, her nemesis, a black mutt who gets walked past here regularly. She was more aggressive the bigger the dog. In fact, the only thing that really scared her was... I kid you not... houseflies. She would hide from them under our legs and tremble. She hated being on a leash, loved the outdoors, but seldom got to go off a leash, because she didn't get along with other dogs at the dog park.

She never acted like a small dog -- she was feisty and loved to play rough, loved to chase balls, liked to try to carry sticks that weighed almost as much as her. She was the best dog I ever had. She was loyal, obedient (usually) and affectionate. She was also very good with The Lad -- she put up with a lot of harassment from him, and they developed an almost sibling-like relationship. She loved him. Even today, as she lay helpless in my lap, waiting for him and TFR to return from his daycare so he could say goodbye, just the sound of his name perked her up momentarily.

We stayed with her until the end. It was one of the hardest things I've ever done in my life, but it was the right thing to do. She'd given us almost 7 years of unconditional love, the least we could do was end her suffering and comfort her during her passing. It took just a few seconds... one last sigh and she went to sleep forever.