The DNC: Only MOSTLY Dead

Thanks for the Memory to Wizbang! via the Llama Butchers.

Why, oh WHY am I completely unsurprised that this happened here in Oregon?

Apparently, during a debate in Portland between Howard Dean and Richard Perle, a protestor had to be forcibly removed from the event after throwing a shoe at Perle.

Wizbang has some video footage of the debate, but they're not sure if it contains the shoe incident. However, based on information contained in the AP article, I think I have discovered the identity of the assailant:

Perle had just started his comments Thursday when a protester threw a shoe at him before being dragged away, screaming, "Liar! Liar!" 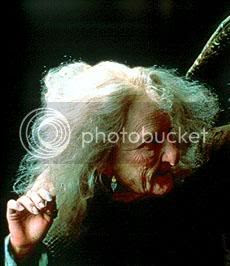