Gratuitous Use of Gratuitous in a Blog Post A La The Llama Butchers: Music Review Edition

I finally broke down yesterday and bought a CD I've wanted for some time: 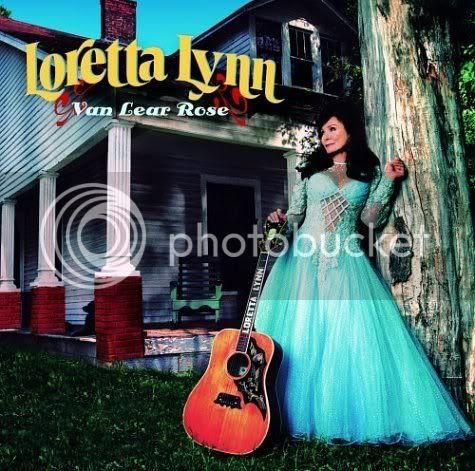 I was not disappointed. Loretta Lynn's music and lyrics lend themselves well to the rock-tinged production of Jack White. And yet, despite having a real edge to them, they never abandon their country identity.

I bought the album specifically fothe song "Portland, Oregon", but ironically, it turns out it's not my favorite song on the album. That honor goes to the title track, a ballad about the romance between Lynn's mother and father.

And this "Rose" also has some thorns -- Loretta Lynn has not lost any of her attitude, her spirit, or the internal strength that has always marked her music. If you like old school, blues and bluegrass-tinged Country Western music, this album is worth getting.
Posted by B.B. at 4/28/2006 12:27:00 PM